Bergé y Compañía was awarded with the “Foreign Minister’s Commendations for FY 2015” by the Japanese Minister of Foreign Affairs, in recognition of its work to promote mutual understanding between Japan and Spain.

The award was presented by his Excellency Mr Kazuhiko Koshikawa, Japanese Ambassador to Spain, at his residence in Madrid. Jaime Gorbeña, the company’s chairman, was in charge of receiving the award.

The Japanese Ministry of Foreign Affairs has recognised the contribution of Jaime Gorbeña in consolidating the relationship between the two countries through the implementation of the Bergé International Talent Programme, carried out by the company for eight years.

The aim of this initiative is to develop the international talent of Japanese and Korean students in Spain, in collaboration with the prestigious universities of Hitotsubashi (Japan) and Chung-Ang (Korea) and their embassies in Spain. 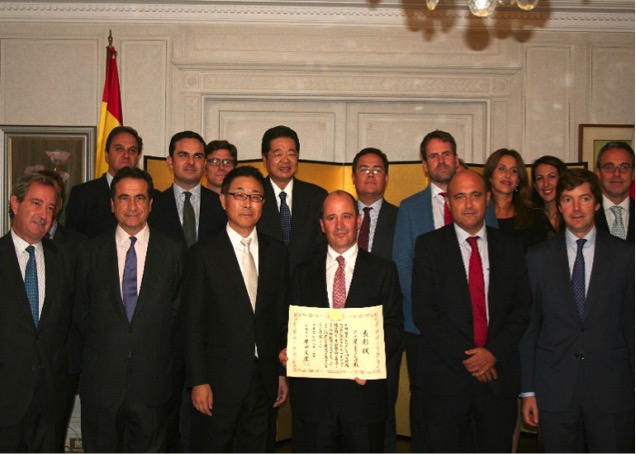